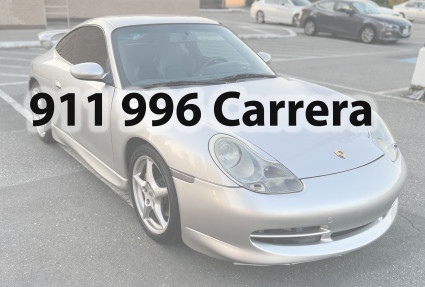 The Porsche 996 models were a line of 911 Carreras produced by the German manufacturer from 1997 to 2006. These 2-door sports cars had a brand new platform distinctive from their 993 predecessors and were the first 911’s to be released with water-cooled engines. These were rear-mounted horizontally opposed 6-cylinder engines.