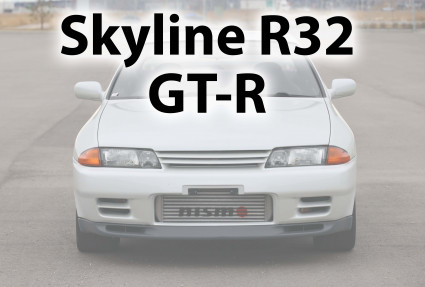 The third generation of the legendary R32 GT-R was introduced in 1989 and had a production run of six years ending in 1994. The model's were split into series 1 (89'-90') and series 2 (91'-94').  They were in 2-door coupe form and powered by a twin-turbo 2.8L inline-six paired to a manual transmission. It's easy to see why these are liked by enthusiasts and have begun appreciating in value recently.